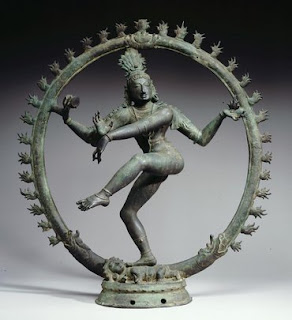 Since, there is difference in belief with the religion in western and non-western region, this belief has created a lot of difference in the arts, its forms and its purposes. For instance, the western art seem to have emphasized in figurative art of their beliefs in God but the Islamic world seems to avoid creating those figurative art with their set of beliefs, unlike, Hindus whose majority of the art seems to be figurative art of lord Shiva, Ganesh, Laxmi, Swaroswati, Mahadev, Parvati and so many Gods. They seem to be more in motion as the art piece of Nataraja, Shiva as King of Dance (Frank, 277). For example, the bright red and blue colors that was used in "The Approach of Krishna" symbolizes the emotional states expectancy and desire that western artist used
in late nineteenth and early twentieth centuries, without knowing of these early examples(Frank, 278).

Hence, with these examples we can conclude the importance of studying non western art as it only increases the knowledge, and get to appreciate the art, and, at the same time, learn the civilization from the perspective of our world as one. It would definitely broaden our way of looking at things, and I believe makes us creative and more human or say a real artist. I believe creativity comes from our wide variety of knowledge and, learning the non-western art would increase our knowledge which would indeed increase the likeliness of being creative as an artist! 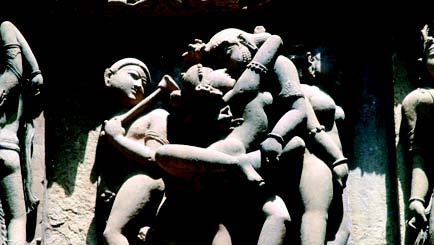 There is a huge difference in the Non-Western and Western European architecture with its form as well as the purpose. For example, the Kandarya Mahadeva Temple is considered one of the world's most distinctive architecture (Frank, 276). It has a porch and a womb chamber. It has stairways that lead to many porches and allow access to womb chamber for the people to worship God - Mahadeva. The outside of the temple has many sculptures that displays erotic reliefs. The architecture is more open and people can commonly enter the temple without opening the doors. It has the feeling of anyone can come to this building and either, see the reliefs from outside or, go inside to worship lord Mahadeva. 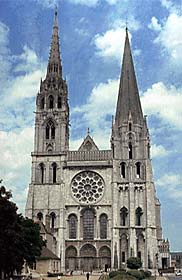 Generally, the major difference I noticed in Hindu and European religious architectures is with its structures, purpose, materials used to construct and the sense we get out of the piece of art.

Posted by Prajwal Shrestha at 10:26 PM

Am I to envy you, your fairy tale?
When all I see, is cold, hard, truth.
-Marc Breed
http://artsgrandmaster.blogspot.com